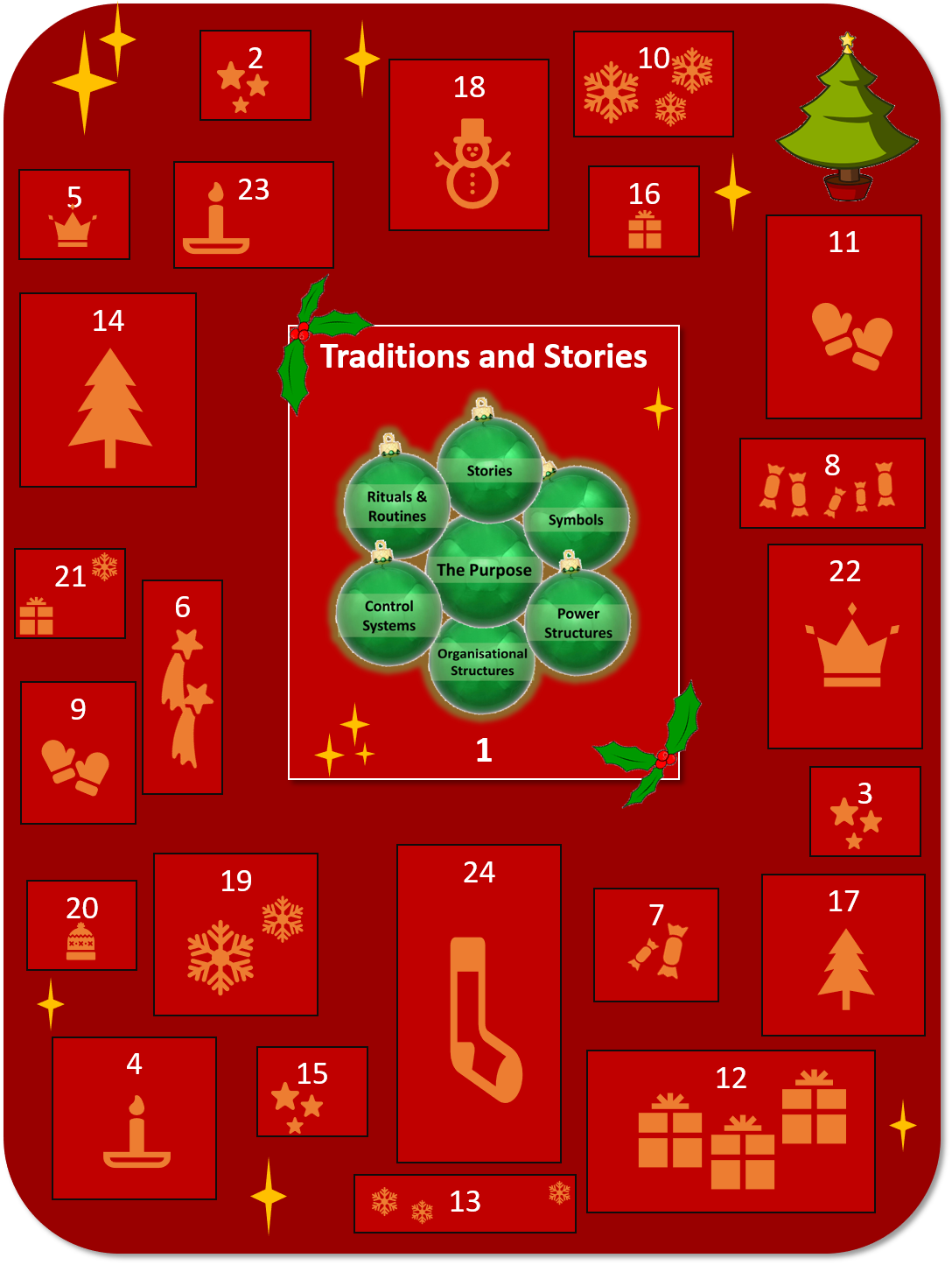 Traditions and Stories: From business to Bouche de Noel

The model we most often use to describe culture in organisations, which nicely demonstrates its complexity (and its resistance to being changed) is Johnson and Scholes’ Cultural Web. It describes the various elements of the organisation that support its central ‘way of being’ (i.e. the culture). 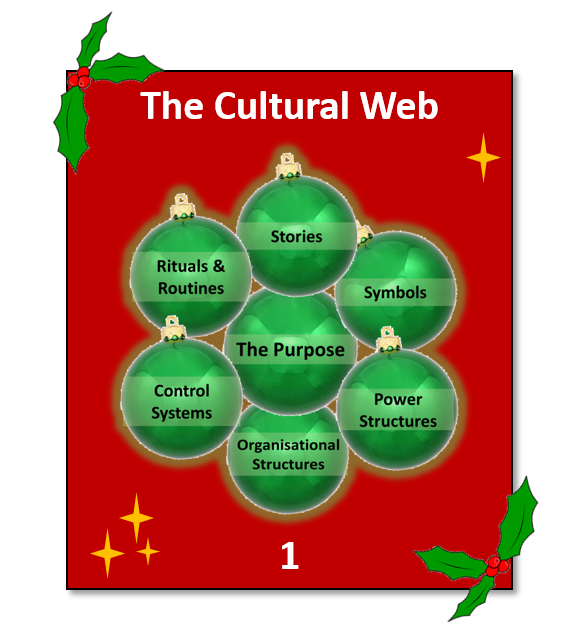 As well as the visible and easier-to-measure elements such as the organisational and power structures and the control systems (is the business very hierarchical? What are the reporting lines and reward/recognition processes?), its culture is also dependent on rituals, stories and symbols.

These are the traditions of the organisation – passed down between workers and often not written down, yet no less crucial to the experience of working for (or being served by) the company.

Traditions are core to our national culture too – especially at Christmas. The rituals and symbols we have in our home countries feel familiar and are so engrained, it can be hard to imagine people ‘doing Christmas any other way’. As a Brit, I would recognise chocolate advent calendars; Christmas lights in town centres turned on in November by (minor) celebrities; leaving out a glass of sherry and a mince pie for Father Christmas (and a carrot for Rudolf) on Christmas Eve; eating far too much turkey, stuffing and roasties; bad cracker jokes and silly paper hats; the Queen’s Speech (watched half asleep while pawing at a box of Quality Street)…I could go on.

But in other cultures I might fast from 1st December until Christmas Day and sing psalms over a bonfire of thorn bushes (Iraqi Christians); wait for presents from El Niño Jesus (Venezuela) or the Yule Lads (Iceland), but hope I’m not visited by the Krampus (Austria); tuck into a julbord of Christmas ham, pickled herring and rice pudding (Sweden); or even celebrate the Nativity on January 6th, recalling traditions dating back beyond the fourth century (Armenia).

As you think about Christmas and the traditions your family, your town and your country have, ask yourself about where you work – what are your rituals? What stories do you tell about yourselves; and are these all serving your vision for the business as you look into 2018 and beyond? 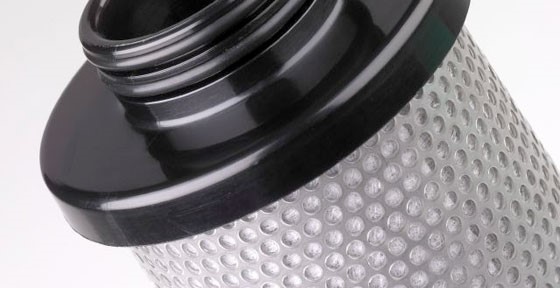 Cultural change is often hampered by an old or existing Myth or Legend that carries power and, unless explored, will prevent progress. Living with… 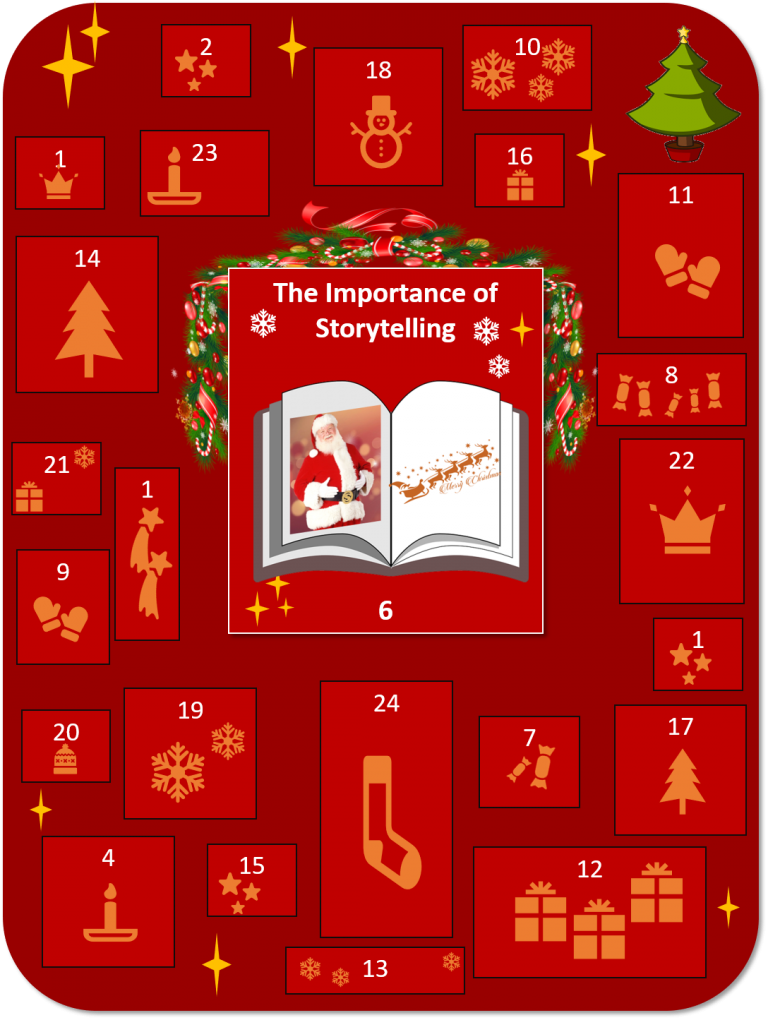 The Importance of Storytelling “‘Twas the night before Christmas, when all through the house…” “Marley was dead, to begin with. There was no doubt… 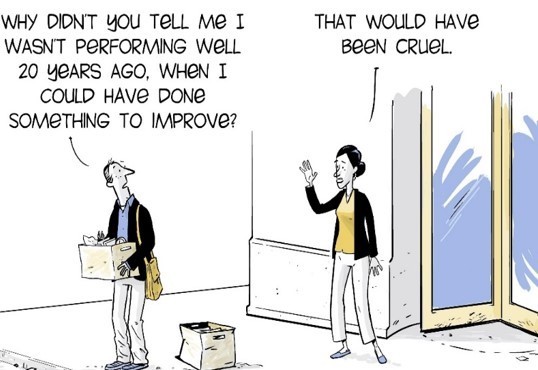 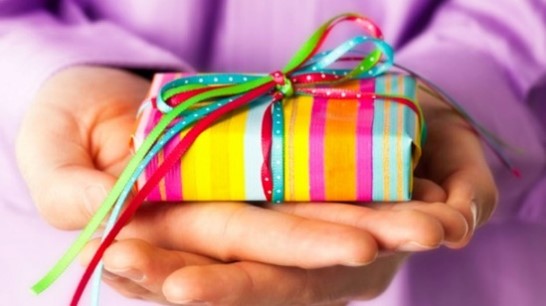 Connectwell is 9 Years of Age! To mark the occasion of our 9th birthday we have compiled our 9 Biggest Lessons over our history of client…

My mistake had been to focus too much on the literal meaning of the word at the cost tone and body language, aspects which… 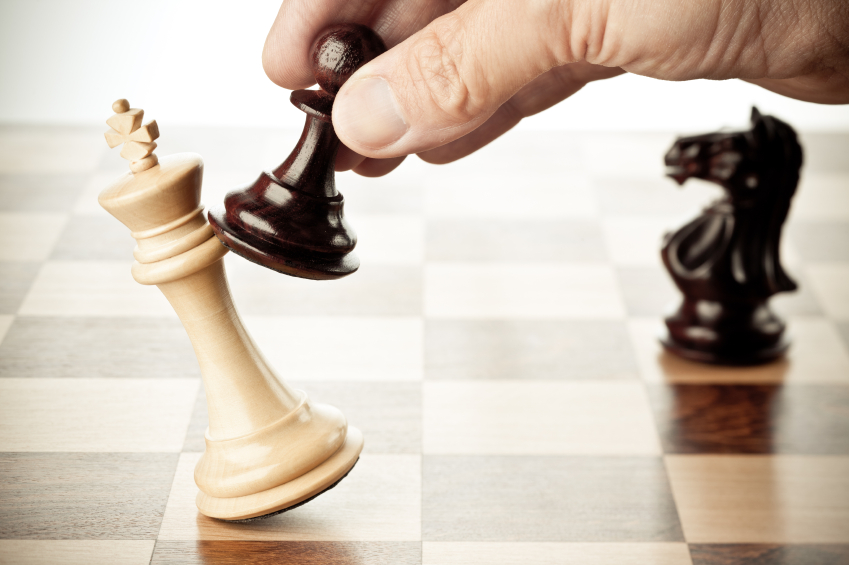 In our work at Connectwell, we’ve come across a few Game Changers. Game Changers, as we like to call them, are people who will…