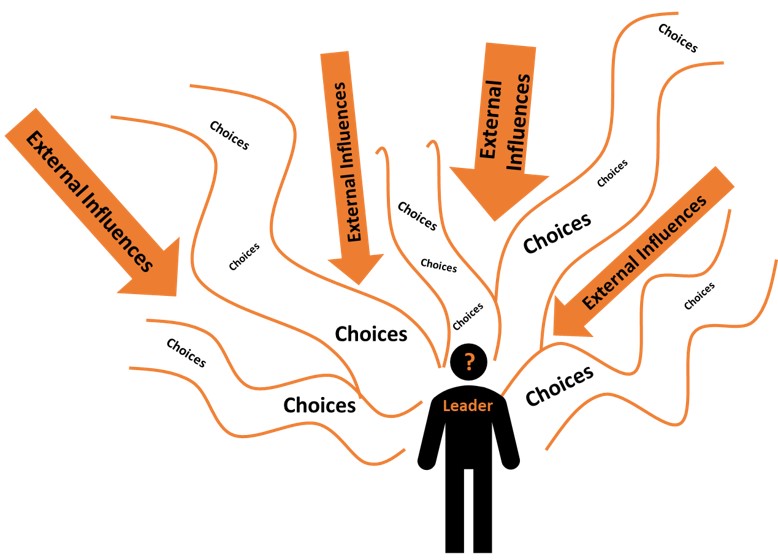 We are all experiencing changing and unprecedented times. Some might say we are making great strides in our natural environment; North Sea Cod is back on the sustainable list; Volvo is the first to declare a full move to non-fossil fuel cars, Coca Cola are increasing their recycled plastic bottle content to 50%. But when was the last time you examined the work environment and context in which we expect our great leaders to be discovered, moulded and to operate in? The harsh truth is that this landscape is becoming increasingly hostile and challenging for them. Stepping back and reviewing their reality is long overdue. After all we rely on them every day, giving them responsibility for leading and managing the organisations and institutions that affect us all.

There is an army of invisible people making difficult decisions for our benefit every day: allocating money, managing people, prioritising workloads, controlling communication channels or important messages etc.  These leaders are everywhere: operating in central government, charities, our local schools, the retailers we buy from and the companies we work in or interact with. It’s this group of people we come to rely on to be ethical, fair and to make the right choices, often on our behalf. But we’re a pretty complacent bunch so unless we’re directly affected, we’re also happy to remain ignorant of them. However the story changes dramatically when we feel negatively impacted by them; we are then quick to judge and condemn when we sense injustice, greed, profiteering, ignorance, bullying and any manor of poor behaviours or bad decisions from those in charge.

In this article, we explore the landscape leaders operate in and its impact on real world behaviours that are damaging and negative. Our hope is that leaders themselves, and importantly, the people who can influence those landscapes reflect on their impact and what they can do differently. It’s worth remembering that in most respects, people in a position of authority are no different from anyone else; they are human, fallible and perfectly imperfect. 99% of them are decent human beings capable of doing bad things (and good) and not being the best form of themselves. So that begs the question where do the bad behaviours come from?

In most cases one seemingly innocent poor decision or bad call can start the first unintentional step down a slippery slope. As well as understanding and perceiving the world around us, a primary function of our subconscious is to ‘protect & preserve’ our positive sense of self-worth and self-identity.  As a result, the human mind can play a plethora of tricks on us, used justify our negative actions / behaviours. Although this mental defence may serve to protect ourselves, it does not factor the potential harm to others. In this sense, we put self-first and then defend our position.  Here are just a few examples:

The Compensation Effect: Have you ever felt like you own the moral high ground? After all you’ve just signed up to support the RSPCA and are paying a tenner a month on Standing Order! The fact that you’ve just bad-mouthed a colleague at work and managed to cut up another driver outside the local school on the way in doesn’t really matter. We often deceive ourselves into thinking that several good deeds somehow compensate for poor behaviours elsewhere in our lives. After all, we want to feel good about ourselves. No, we need to feel good about ourselves. We therefore develop a balancing system which allows negative actions to be justified by unrelated positive ones. We manage (manipulate) the equation to always justify ourselves overall.

The Pygmalion Effect: This refers to the tendency to fit in with experiences and norms we ourselves experience from others. If we’re ignored walking through the office every day or our boss never acknowledges the little wins and breakthroughs, then why should we do it for others! Pass it on – that’s what we often say, meaning negative attitudes are perpetuated. The Pygmalion effect can be very powerful in larger organisations where the unspoken cultural norms are absorbed by osmosis over time without us ever realising. I recall one of my first consulting roles; I thought it was a great place to work at first but quickly realised just how competitive it was internally and how ruthlessly commercial all decisions were. It was subtle but I soon got the hang of how to survive, realising that I wouldn’t thrive there…

Group Think: There are many forms of group behaviours and normalization, one of the most common in organisations is to accept and therefore condone the lowest form of behaviour from the group. If it’s OK for one person to behave in that way and its tolerated by the rest of the group, then it’s also OK for me too – right? This is one of the most toxic of tricks and it’s often used by gangs as a tactic in initiation rituals. It can leave us feeling empty and ashamed, before even considering the damage it does to the victims of such behaviours. Yet you don’t have to go out to the backstreets to witness gang behaviours – it’s normally prevalent in most open plan offices and Board rooms.

Tunnel Vision: Have you ever had an obsession? What about an unhealthy one?? Don’t worry you’re not alone. Very often managers and others in companies of all shapes and sizes prioritise one target or set of goals above all else. When these obsessions take hold, managers will do anything to achieve their end and will readily look away from the odd misdemeanour on the way to getting the prize. When money is involved, i.e. a profit target or personal bonus, the effect is often amplified.  In a first meeting with a New Ops Director of a Logistics company, I asked a simple but telling question, “If I spoke to your team anonymously and asked what the most important thing was around here (that people fixate on) what would it be?” – The answer came back ‘Cost Per delivered parcel’. Getting that down is paramount and everything else is secondary. You get the point…

There is never a good enough excuse for poor behaviours, particularly those that are sustained over time or are harmful to others. But the mind is a complex tool with a host of built-in defence mechanisms to ‘protect itself’. In that sense, we can never truly have full 100% self-knowledge and objectivity. We are all susceptible to such obsessions as we continue on the journey toward true self-awareness. Let’s now turn to a look at some of the landscape in which leaders are required to operate in. 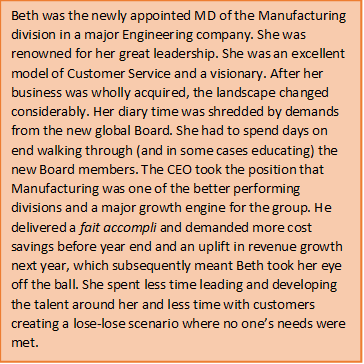 In our consulting practice, we work daily with project and change colleagues, senior managers and leaders who are set up to fail or under-perform because of wholly unrealistic expectations. Their organisations, their line managers, shareholders and other brokers of power expect significant change that cannot be delivered without serious negative consequences. Often, they have a very short-term view and want results too quickly. They may set a very long-term vision but will refuse to have an open conversation about the time and resources it will take to achieve their goals. Expectations can be too monetary focused – fixating on taking cost out or increasing profit but with little or no connection to the organisation’s purpose and stated aims. Often, they are suffering from tunnel vision which can be made worse by the fact that if there is no push back from those tasked with making it happen, managers may believe that they’re not pushing hard enough and demand even more!

Landscape 2: A Journey too Far? 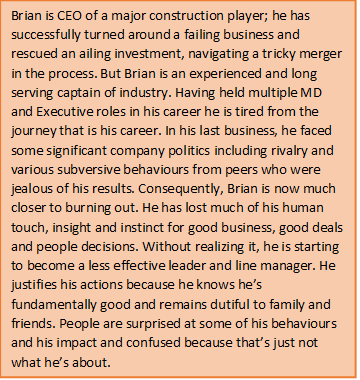 Brian had grown up in the ‘School of Hard Knocks’ in career terms. He’s been given minimal support and sponsorship and has risen on his own merits and hard work. When we get worn down by our working lives and experiences we can get tired emotionally as well as physically. This doesn’t always manifest in outward stress. Instead it can alter our perception, our behaviours and how our deeply held personal values operate. Unless recognised, the journey can get too much for us; dramatically damaging how we perform in a challenging senior role. We can hold onto regret, grudges and become very defensive and insular or go on the attack. Ironically when in this state, we are the least likely person to spot it without help, as we can lose all objectivity.

Landscape 3: Our Gang – No Objectivity 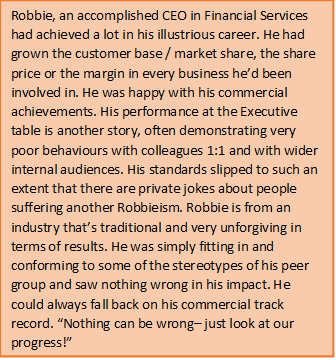 There are many different forms of what is referred to as Group Think (see above). This phenomenon of thinking and working as a group over time can result in shared, unchallenged behaviours and decisions and often with poor outcomes. At its worst, this form of group think can lead to people colluding with one another, tolerating poor behaviours and introducing huge risks into a business or team. Once this mentality sets in, it can be culturally powerful, ingraining and reinforcing itself into daily behaviours, making it even harder to challenge over time. In Robbie’s case, he was perceived to have achieved good results for the company’s financial performance and he was the boss. Therefore, over time nobody dared question his behaviours or ask whether if they had acted differently, could their results have been even better?

There is always hope because things can and do change. Leaders can overcome their circumstances and we all have more influence over a professional landscape than we believe. But the hard truth is that it doesn’t happen by magic – it’s up to each one of us to play our part. We can create a turning point or moment of truth for leaders at any stage, if we’re courageous enough to act.

The good news is that there is no one single answer to that question. It really depends on the leader, their position, skill and resourcefulness and the organisational landscape. The really good news is this: anything you do to change the landscape to a more positive one and to allow greater leadership to flourish, will have a positive impact which could be much larger than you dare to think or believe. Below are just a few starter options and choices that are available to you right away:

True leadership continues to be in short supply. If we want to improve the situation we will have to change how we look at leaders, our understanding of them as individuals and the work environments they operate in. We can be too quick to condemn, based on too few facts or data points. One bad experience seems enough for us to judge sometimes. Whether it’s your own leadership impact you want to improve or that of a colleague, change always begins with a greater awareness and a better understanding. It’s worth remembering, the common enemy is an attitude of being defensive, paranoid or resigned to never changing. For senior influencers and power brokers, the biggest danger is simply not caring and turning a blind to the polluted work environments which they, in part, create. As with physical environments, the leadership landscape only needs the smallest seed or positive act to begin restoring and repairing itself over time. The part you play in that is down to you.

We’d love to hear your stories – what examples of leadership have you experienced? What do you think makes a good leader? Leave us a comment or get in touch at [email protected]. 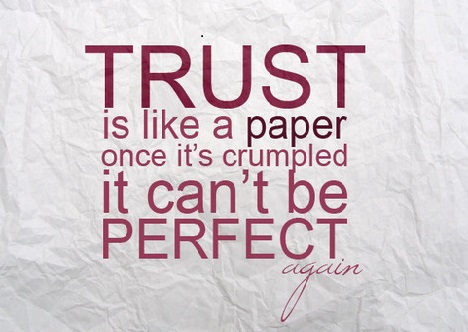 The Importance of Cherishing TRUST in Business: If we observe the predicaments steaming in the business world today TRUST is going to be one… 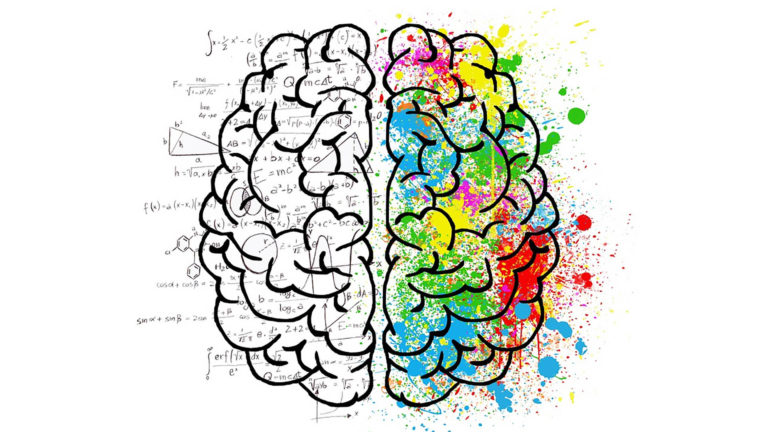 Firstly, we need to ask – what is this magical thing called EQ? 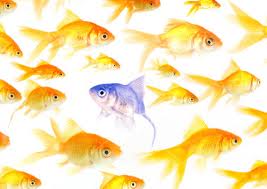 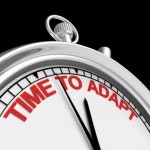 I have long been fascinated by leadership. When in industry I knew what I liked in a manager working for others, and learnt what… 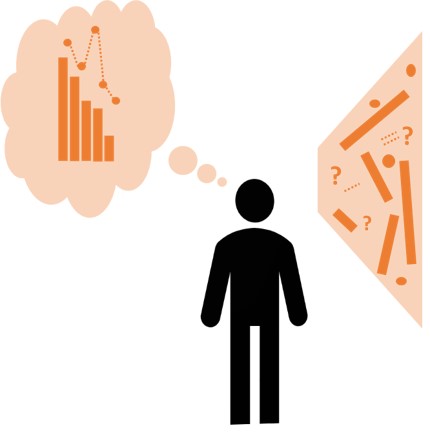 These days, all change programmes have a senior sponsor – in theory, the person who provides the upward ‘pull’ to drive change throughout the…